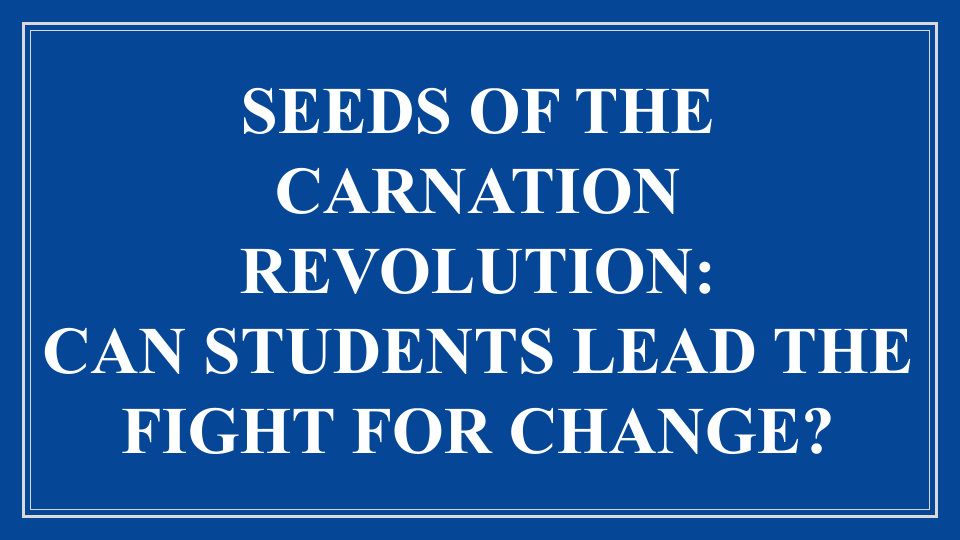 Bio: Elena Medeiros is majoring in Political Science with a minor in history. She grew up in the Twin Cities where she became involved with supporting youth-led organizing initiatives. In 2021 she became a semi-finalist for the Fulbright award for her project proposal on the methods and tactics used by the Portuguese student movement in the 1960s and she has continued this research through her honors senior thesis project where she hopes to demonstrate the unique and influential role that students play as socio-political actors.

Abstract: From Portugal’s ‘Estado Novo’ regime, the longest running dictatorship in the history of Western Europe, a student movement emerged –made up of young people who achieved widespread mobilization and built pathways towards freedom and direct popular power that remain to this day. When a remarkably peaceful military coup on April 25th, 1974 brought an end to the Estado Novo, the free society that the student movement had envisioned became a reality. While military forces are recognized as the heroes who ended the oppressive Portuguese regime, past decades of underground organizing by the Portuguese student movement were essential to the revolutionary change that followed. In this case study, an analysis of this revolution’s archival materials supported by established scholarship and revolutionary theory demonstrate to us today that student-led movements can endure upheaval and act as leading forces in revolutionary change.